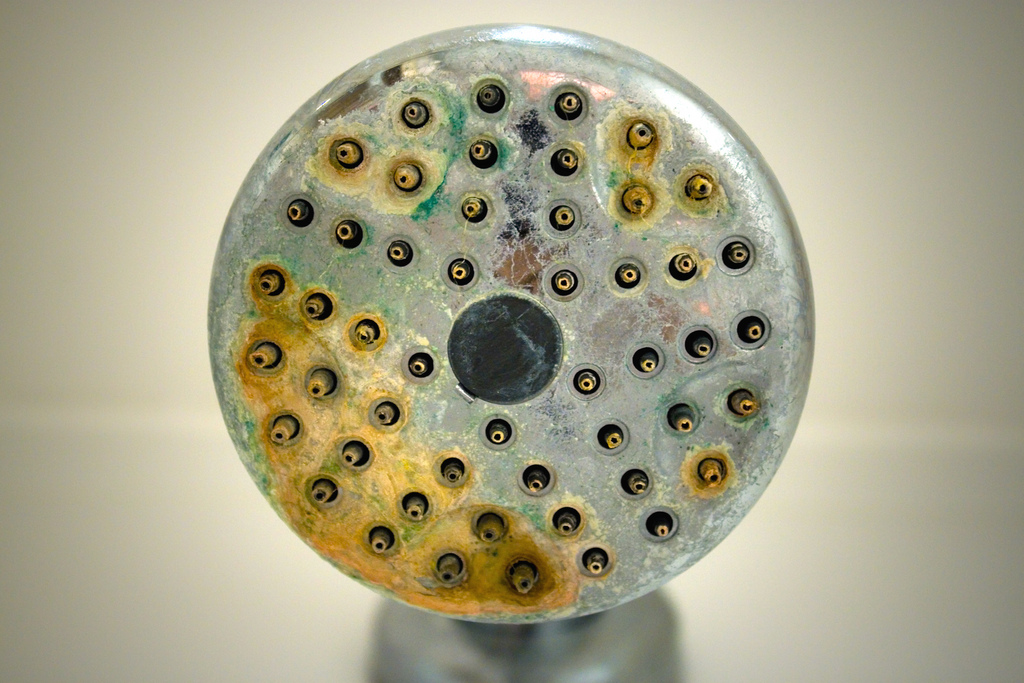 Have you noticed unwanted mineral buildups on your faucets? Are your clothes dull and scratchy? These are common signs of hard water, an issue affecting many households, in particular those getting their water from a well.

How Can Liquid Water Be Hard?

Unique geological structures occur around the world. Magnificent features such as the Grand Canyon in Arizona to Mount Kilimanjaro in Tanzania to Uluru in the Australian outback all shape the terrestrial landscape. Beneath the earth surface, a karst scenery becomes very influential.

Karst topography make up the subterranean labyrinths known as caves. The remarkable patterns of stalactites and stalagmites form only in karst caves. These caverns have sinkholes and drainage basin that burrows below the surface.

If a rain event drains beyond the surface, soil and sediment, that water will grab at the positive ions of calcium carbonate or magnesium as it is filling aquifers with newly made groundwater. Karst aquifers are found all over the world along with the limestone geology. That water is now considered hard.

Hard water is fully potable and not considered a health hazard. The chart below shows general guidelines for classification of water:

With all of the added ions and cations from the dissolution of limestone and chalk water becomes filled with more mineral content. These minerals cannot be removed by boiling, freezing or distillation.

The pH scale is the logarithmic range of acids and bases in liquid. The smaller the number, is equivalent to more H+ or hydrogen ions being present. The larger the number yields a higher quantity of OH- or hydroxide ion is available.

Hard water is typically high in pH and can be considered alkaline. On the pH scale, it can be above 8.5. Neutral water exhibits a pH of 7. The high pH neutralizes any potential acids present in the water column.

The ions can build up during constant water flow on the inside lining of the pipes and conduits. Domestically, in households, water hardness will not be seen in plumbing until it leaves a faucet or showerhead. Then the buildup of white, crusty scale appears around the fixtures.

Sometimes the accumulation is so heavy that it affects water flow. This could be more problematic in appliances like the dishwasher, water heater and washing machine. That piping inside the appliances may need replacement over time.

The water tank of the heater will have scale build up at the bottom of the tank. Eventually, that will lead to a higher concentration of hard water in the home.

When washing clothes, it could lead to more fading. Surprisingly, the linens and clothing may need to be washed more often if the clothes to not feel clean in-between washings. After dishwashing, the glassware and plates may look unclean with spots or dullness. That could be a side-effect of using too much detergent upon washing. A quick rinse and hand-dry will remove most of that.

Some people notice huge water differences with bathing and hand-washing. The soap, shampoo and detergent suds do not make as many bubbles. When washing, it feels like more soap needs to be used.

Then as the water rinses off the soap, there is a film that remains on the skin and hair. It can dry out the skin and hair. Sometimes it leaves skin looking slightly chalky after drying. Body lotion and hair conditioner can help alleviate some of dryness.

Overall water taste should not be affected by hard water. Although coffees and teas, as they brew, will absorb the water hardness directly. Some non-residents to karst areas notice the differences in their favorite drinks.

If the water is too hard for your liking, a water softener can be professionally installed. It circumvents incoming water through the water softener before arriving in the bathroom, kitchen and water heater.

The exchange of ions strips out the calcium and magnesium carbonates with ‘softer’ salts like sodium Na+ or Zeolite resin. Some have additional negatively charged polystyrene beads to be washed in the water for further cation removal.

The equipment need maintenance over time and require refilling of the water softening compounds. Incoming pipes to the house will continue to have a buildup of calcium deposits. Residents notice a difference in their softer water immediately after installing a water softener.

Cleaning faucets and showerheads with vinegar (Acetic Acid CH3COOH) will remove the white scale naturally and in-between uses. The acid breaks down the calcium or magnesium carbonate powder residue. After it dries, the white residue will be gone and water flow will be normal again.

About the Author: Natalie Abram

Natalie is new to freelancing, but has worked as an aquatic content editor for the past 7 years. She teaches biology online at multiple schools. Her background and Master’s education is in Biology, Aquatic Ecology and Education.