Surviving Harvey: The Damaging Effects of a Hurricane on Your Water Supply 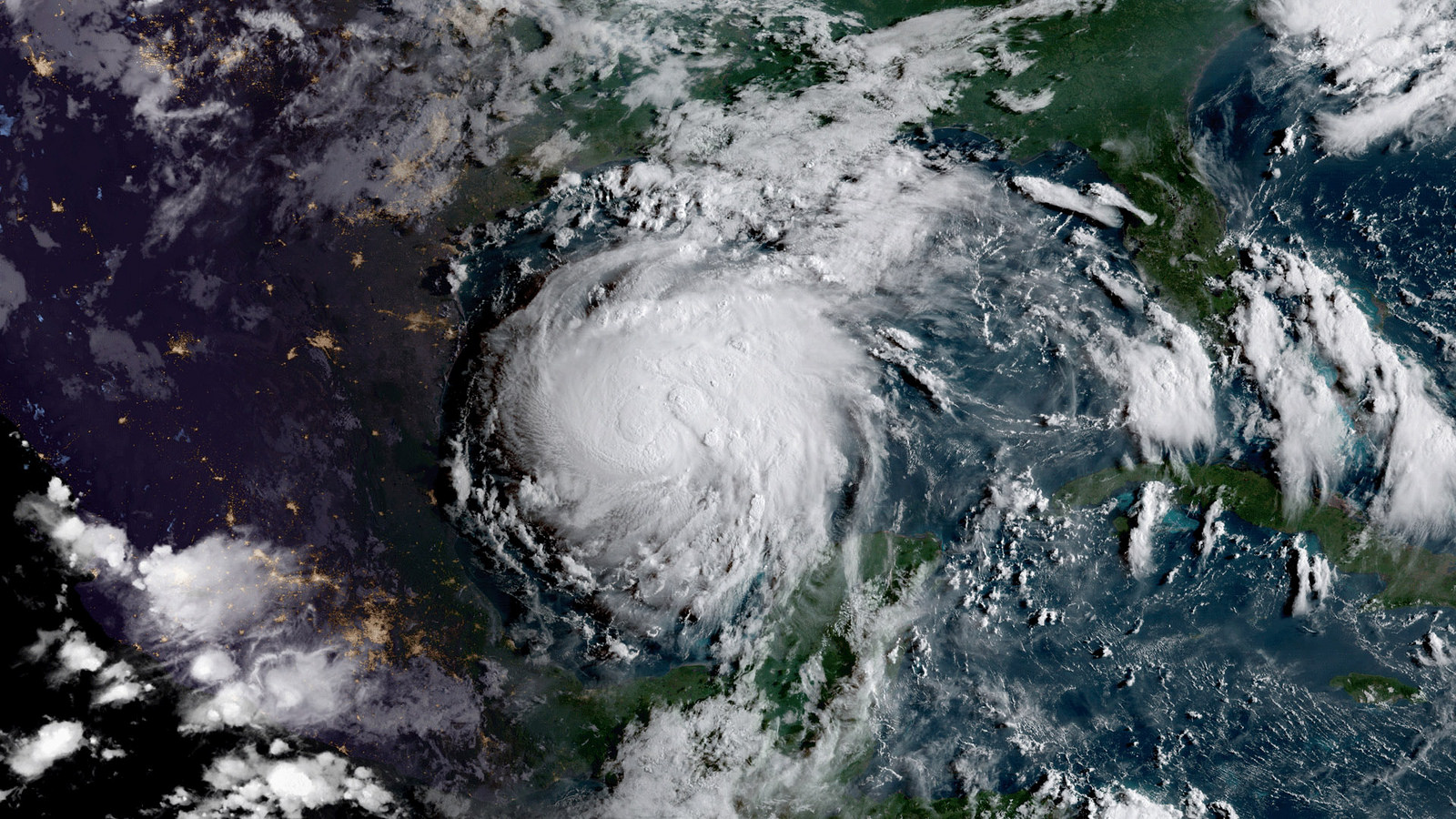 A Category 4 Hurricane named Harvey swept the Gulf of Mexico hitting landfall in Texas, Mississippi and Louisiana August 26-August 30, 2017. The storm continued across much of the eastern United States with endless rain, thunderstorms, tornadoes and record flooding.

Residents either left their dwellings in search of shelter, or were evacuated as conditions worsened. Daring rescuers swooped in to grab folks in attics and rooftops minutes before floodwaters overtook their former houses.

As of September 6, 2017, approximately 70 individuals perished because of the storms.1. This natural disaster will affect the states in years to come. The flooding and storms in Texas alone is predicted to cause an estimated 180 billion dollars in damage.2. Water quantity, quality, human health and aquatic pollution represent the most imminent dangers after a hurricane.

With only 80’ above sea level, the coastal and low-lying areas were hardest hit. They receive the Galveston Bay waves pummeling the beaches and levies. Port structures and other buildings are crumpled by the winds whipping around at 130–156 mph (209–251 km/h).

Then the rain is falling for days upon days with no relief. All rivers, streams and creeks typically empty their contents into the next tributary.

With the coastal topography established for ample beach land, all rivers and lakes will flow south into larger and larger bodies of water to empty into the bays and ultimately the Gulf of Mexico. When rainwater extends past river banks and wetlands into streets, parking lots and highways, there is no elevational gradient to move water.

New water bodies form in the path of least resistance that create raging rivers where they never were. Some civil engineering structures called levees were built as pressure valves on water scourges around the city. They can outflow surplus water as reservoirs or lakes fill too rapidly. Or sometimes, they break under pressure causing faster flooding in surrounding areas.

Record flood stages were oscillating quickly each day the Hurricane remained in Houston. Here is one example of San Jacinto River.3 At its peak, 69.1 feet of water was flowing beyond the river banks. The river gauges capture instant snapshots of what water is doing.

Rivers and streams fill the surrounding area so quickly, residents can become trapped in their homes or in water-logged vehicles. Flood waters represent such a dangerous and ever-changing condition, that safety personnel risk their lives in the process.

Unfortunately, this water is trying to flow downstream as quickly as possible. The soil is already over-saturated. The inundation of water cannot contribute to coastal or underground aquifers at this fast precipitation pace.

Think of it as a sponge in a bath water. Once the sponge is submerged, no other water can seep into its pores. Soils and the clays that surround aquifers also exhibit the same characteristic. For the amount of water released during hurricanes, only a fraction returns directly to groundwater or well water. 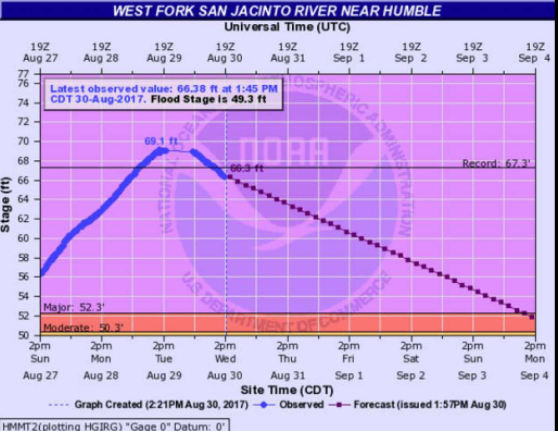 Another side effect of the powerful hurricane is the complete inundation of sewage and wastewater both out of treatment facilities by runoff and from dwellings themselves.

Underground waste or water pipes experience extremely large volume in rapid succession.  This leads to bursting or breakage of pipes going into or out of the dwellings.  That water immediately mixes with the rest of the floodwaters and adds E. coli, coliforms bacteria, and fecal matter.

Waste treatment and sewage facilities may not even be functioning during storms and have no ability to treat water.

Finally, the sewage tanks can be breached during storms and release millions of gallons of primary, secondary and tertiary waste.

Sanitary waste is very detrimental to human health and can cause severe illness or death if ingested or accidentally consumed.  Any folks wading in water without body, foot or hand covering could be exposed to pathogens.

Debris during disasters also enters the waterways. It comes from general garbage, fallen trees, when buildings break apart, or even vehicles getting swept away.

Any of that waste becomes submerged and gets caught up in any current. If individuals are in the water, they could be crushed and held underwater. All trash and detritus flows very far and much of it ends up in the ocean.

A final consideration is something unique to Houston. Their expansive chemical and petrochemical industry is well-known around the world. The companies dot the coast and rural areas with large factories and refineries.

The wind, flood and stormy conditions make work unsafe for the employees and order mandatory evacuations. Because of that, the plants become unmanned and unmonitored. Although safeguards are built-into the equipment, power outages, water height, coolant and equipment failures can result in explosions or wastewater release.

Any chemical inside the industrial plant can enter water; thus, polluting it. Any freshwater pollution will eventually make its way to the coast and become marine pollution. Heavy metals, hydrocarbons, oils, gas and all types of solvents continue to enter the water from these facilities.

Until remediation and widespread cleanup occurs, these substances will remain in the water and soil for many years to come.

About the Author: Natalie Abram

Natalie is new to freelancing, but has worked as an aquatic content editor for the past 7 years. She teaches biology online at multiple schools. Her background and Master’s education is in Biology, Aquatic Ecology and Education.